I grew up watching Disney movies, listening to their music and singing them at home, school, bus, car… everywhere. Like a lot of kids, Timon and Pumba’s song was one of my favorites, and it played in my head almost every single day (ok, I have to admit, it still happens). I have no idea of how many times I heard and sang that music, but I know that it never occurred to me that “Hakuna Matata” wasn’t invented for the movie.

I discovered the origin of “Hakuna Matata” unintentionally. I was scrolling on Facebook when I found a newspaper article about Marta Baeta, a Portuguese girl who, after being a volunteer in Kibera, the largest urban slum in Africa, felt that she had a lot more to do there. She decided to stay and create a project to support underprivileged children of Kibera and, at the time of writing the article, was already supporting sixteen of them. And that’s how From Kibera With Love was born. After reading this inspirational life-story, I decided to research a little bit more about Kibera and Kenya, and that’s when I found about “the most famous Swahili phrase: Hakuna Matata.” I still remember how stupid I felt for not knowing that those were real words. I sang it so many times! How could it be? That moment was one of many that made me realize (or just remember) that I live in a very Tiny World, with still much to discover.

This made me think of my life goals and what I could do to improve and impact the lives of others. At that time I was still studying and wanted to finish my master's degree, to work some months to gather the money I needed and fulfill my dreams. I wanted to save the planet, to feel useful, to learn from a new culture and to see the world. It sounded like a good plan to me. So I did all that, but “some months” happened to be more than three years. Until one day, in one of the 1-1 meetings we had at Subvisual when Roberto asked me about my goals, career and personal plans. That’s when my research about volunteer projects abroad restarted. Some weeks later, a friend told me about her experience as a volunteer in From Kibera With Love. And, without any rational reason for it, I decided to apply to be a volunteer at the project. Three months later - April 2016 - I was traveling to Kenya!

I was so nervous and scared. I couldn’t stop thinking that I wasn’t ready for this experience. “I won’t be able to help the kids, I won’t have a meaningful impact on their lives, I won’t know how to handle the corruption, I won’t adapt to the conditions they live... and my health? How many asthma attacks can my body handle during a month?” Imagine a 12-hour flight with this kind of snowball thoughts going through your head.

I arrived at Jomo Kenyatta International Airport in Nairobi at 2:35 am. The atmosphere was hot and suffocating, everyone around me was using warm clothes, scarfs, and gloves. It was hard to breathe, and my first thought was, “Perfect! I’m sick! I’ll have to look for a hospital and use my health insurance and...”. Snowball again! But I started singing “Hakuna Matata” in my head, which immediately calmed me down. It took 1 hour to go from the airport to the volunteer’s house and around 15 minutes to unlock all the padlocks to get in the house finally. I met the security guard, and although I was in Kibera, I felt safe. There was no electricity and water when I arrived (maybe because it had rained the day before - rain is the explanation for almost everything there), but I had my flashlight and wipes, and my travel companions, so I was ok.

On my first day, Marta (founder of the project) and I walked through Kibera and visited the houses of some families being helped by the project. There are no words that can describe what I saw and how I felt during that day. Piles and piles of garbage (with people looking for food in them), kids playing in sewage water, women doing the laundry in the same places, drunk men playing snooker, food for sale with insects in it (lots of insects), houses made of mud... Inside the houses there was garbage and dirt all around, room divisions made with curtains (so no privacy between parents and children). Everything was worse than I expected, everything was worse than what I had ever imagined. 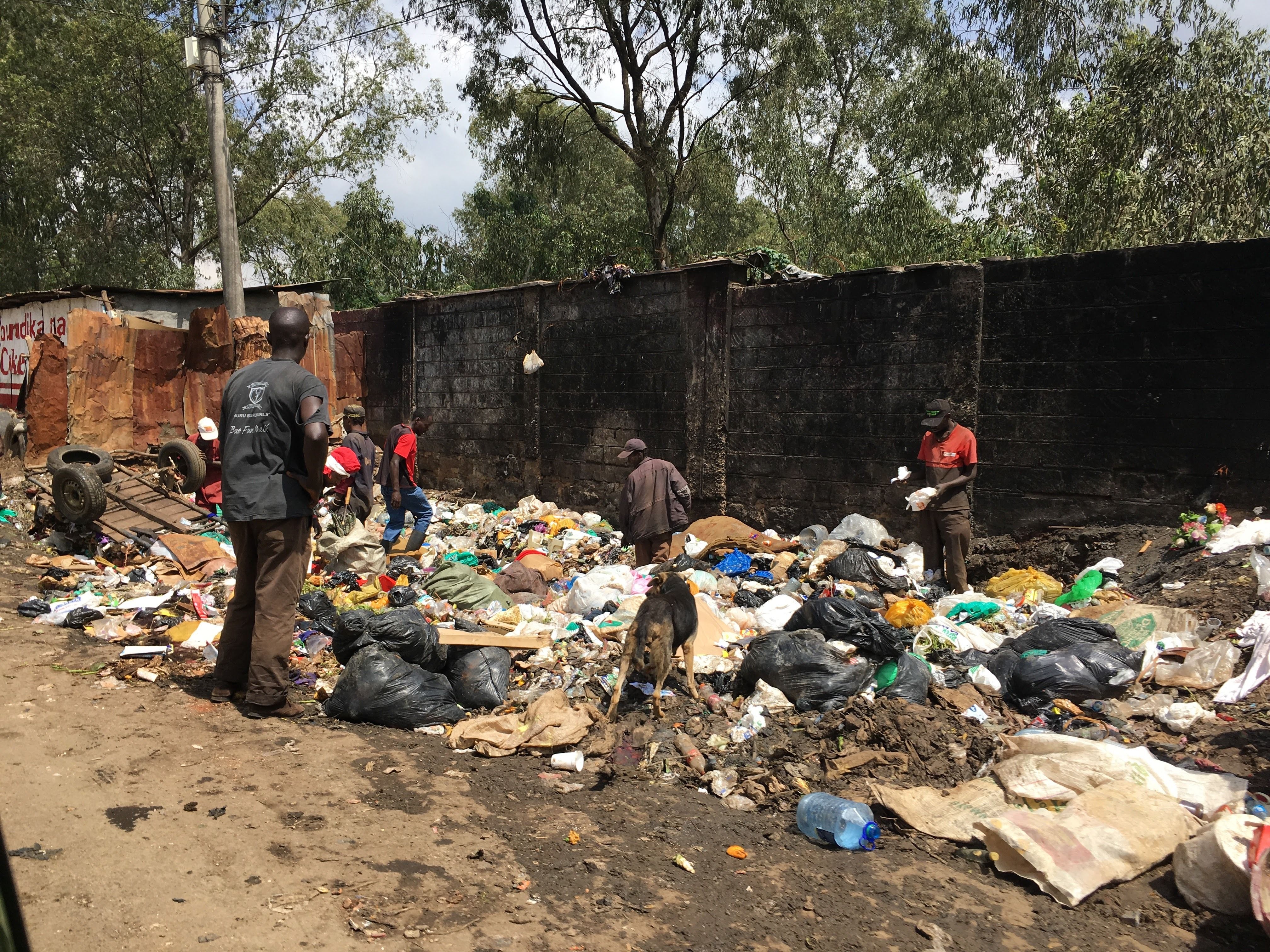 During the walk, I often heard people shouting “Mzungu!”. According to Wikipedia, Mzungu is a “Bantu language term used to refer to people of European descent, and it can be used in an affectionate or insulting way.” For them, being a Mzungu means one thing: a rich person. So it’s ok to double the price for a Mzungu (just because they can afford to pay more), it’s ok to shout “Mzungu” like if it’s the worst insult that a person can say and it’s ok to look at a "Mzungu" with big disapproving eyes for a long time. Does that feel like affection to you? I felt like they didn’t want me there. I experienced discrimination based on skin color, and I felt scared in the beginning. Then I felt frustrated but, in the end, I felt that I was in the right place. Because the children, on the other hand, smiled and greeted you “Hey Mzungu, how are you?”. They are still genuine and kind, and I believe that with a good education they can make a difference in Kibera.

During my 30 days on the project, I had the opportunity to work on the financial process of the organization, to help the kids with their homework, to feed them, to take care of the younger kids, to talk about respect, kindness, and ambitions, to give French classes, and ballet sessions, and computer lessons, to talk about superheroes and princesses, to teach a dance choreography, to organize clothes donation, to give them new clothes, to celebrate anniversaries, to make improvised photo shoots, to attend an information session about HIV given to the parents, to take kids to eat pizza and ice cream, to make bracelets and necklaces… And I heard many times Mama Felix (the project's cook) saying to me “Relax my friend, Hakuna.” I wasn’t stressed, I just felt like I had so much to do in so little time. So usually my answer was “How can I relax if I have this and this and this to do?” and the answer back was “You can do it tomorrow.” That’s the kind of thing that stressed me, everything in Kibera takes a long time and a long journey to make happen. I still don’t know how they can live their “problem-free philosophy” with all the chaos around them. But I understand that this is the way they found to have a better life. And they just need some help to find a balance between “the usual stress of a daily life” and their “Hakuna Matata.” They need someone to help them open their minds and to set some basic goals for their lives, to make them want to improve the conditions in which they live in. That’s why projects like From Kibera With Love are so important, and that’s where volunteers can make a difference. 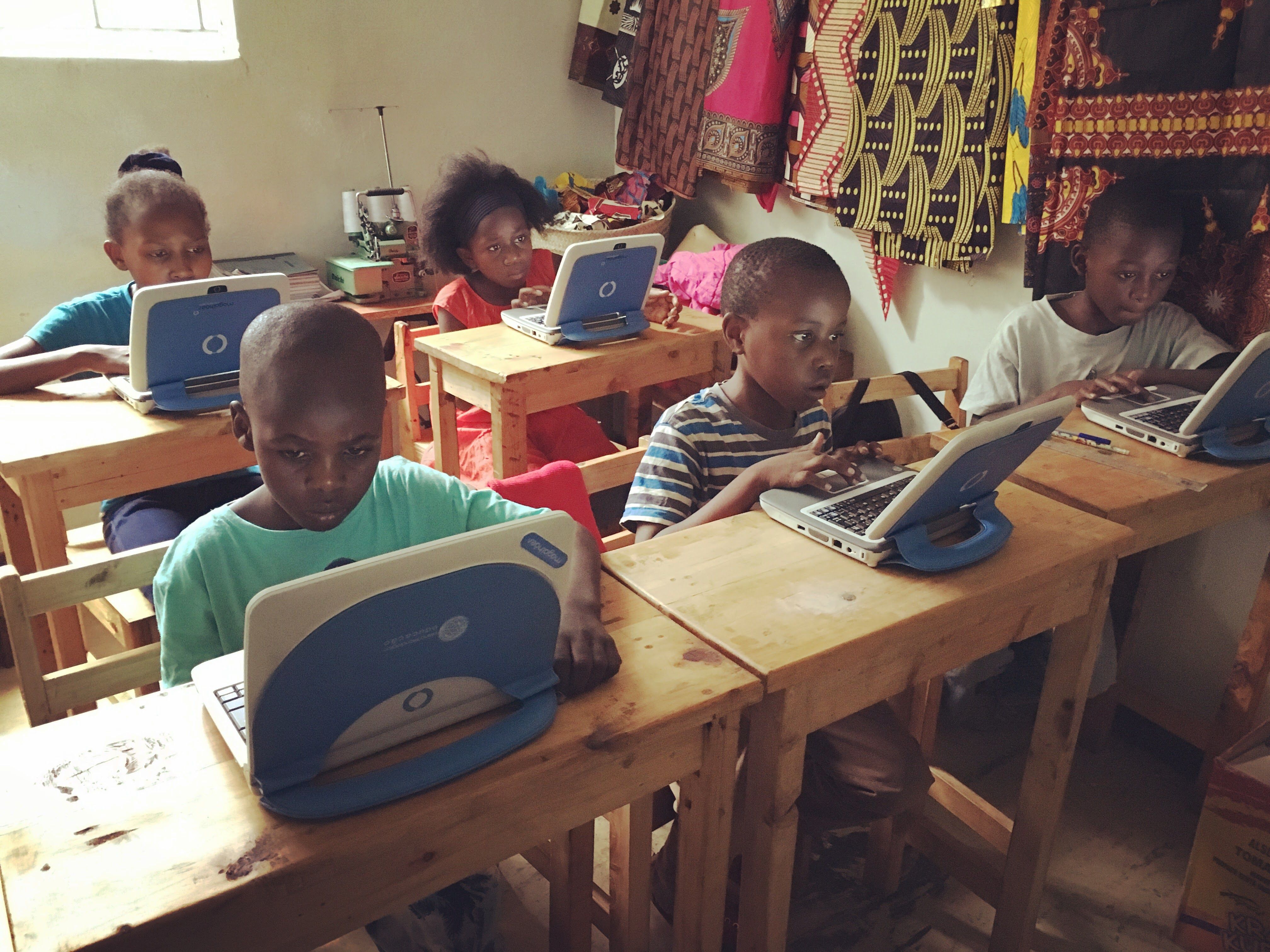 I feel grateful for my experience in Kibera. I never laughed, cried, hugged and loved so much in such a short time. I had the opportunity to meet amazing people and learn with them one of my most valuable lessons: the meaning of happiness shouldn't be about what we own, but about things like education, family, love, friends and the freedom to live the life we want. Hakuna Matata. :)